Alcohol Impotence - The Link Between the Two 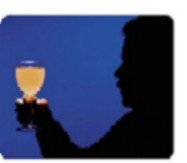 To paraphrase William Shakespeare, alcohol "provokes the desire but takes away the performance".

Health experts around the world agree that small amounts of alcohol, in particular red wine, can be good for you. Drinking in moderate amounts can release sexual inhibitions, intensify libido and temporarily enhance feelings of wellbeing and self-esteem.

But over-consumption gradually depresses those fleeting moments of euphoria and eventually leads to a condition known as alcohol impotence.

How does alcohol cause erectile dysfunction?

Most men will be familiar with the term "brewer's droop", a temporary form of alcohol related impotence that occurs when the average drinker consumes "one too many."

However long-term alcohol abuse affects the nervous system and impairs the impulses between the brain's pituitary gland and the genitals. The nervous system is responsible for triggering the signals that dilate and relax the blood vessels in the penis, resulting in an erection.

Clinical studies have shown that prolonged abuse causes irreversible damage to the nerves in the penis, which results in alcohol-induced erectile dysfunction.

It's not surprising then, given these facts, that excess alcohol consumption often produces budding "super-studs" who end up being "all talk and no action!"

Depression, stress and anxiety are often cited as reasons for excessive drinking. But these same psychological factors are also leading causes of impotence. So it should come as no surprise that heavy drinkers are more susceptible to alcohol impotence.

Interestingly, case studies have shown that long-term alcohol abuse causes erectile dysfunction in men even when they are sober. Apart from the damage caused to the nervous system by alcoholism, it's believed that the associated decline in physical and psychological health can contribute to this.

Excessive drinking is often associated with other negative factors like smoking, over eating, lack of exercise and drug abuse.

Regardless of whether alcohol abuse is caused by physical or psychological factors, the bottom line is that at best excess alcohol leads to chronic sexual under-performance and at worst chronic alcohol impotence.

What are the treatments for alcohol impotence?

The most important factor in seeking treatment for alcohol abuse is to acknowledge that a problem exists and that help is available. Many of the adverse physical and psychological effects caused by alcoholism can be reversed or overcome if the problem is treated early enough.

A number of treatment options are available to help overcome the problem.

Usually the first course of action is impotence drug therapy. Impotence pills such as Viagra, Cialis and Levitra have proven to be very successful in treating male erectile dysfunction.

Natural treatments such as Male Rejuvenator can be effective as well, if you don't want to take a prescription medication.

If there has been vascular damage caused by excessive alcohol, impotence injections provide a reliable, safe and effective treatment for alcohol impotence.

There are also various natural options that may be helpful to you, many of which we discuss on this site.

So what are the next steps?

If you have erectile dysfunction issues, and you're a heavy drinker, chances are the alcohol is a major contributor, if not the main cause. If you or someone you know has this problem, the first step is dealing with the alcoholism.

As you are probably aware, impotence is only one of a host of potential health issues that you may face from drinking excessively. Liver disease, brain damage, kidney failure and cancer are among the many potential serious issues.

So even though the treatments we discuss above can help in the mean time, the key here is limiting your alcohol consumption as much as possible. In addition to remedying your impotence, you'll be doing your body a world of good.

Alcohol related impotence can be treated successfully...it just takes some time and effort on your part. But it certainly is worth it in the end.