Is Cialis A Good Option For Impotence Sufferers? 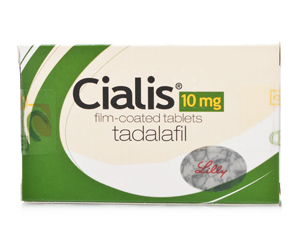 Cialis® (tadalafil) was launched in Europe in early 2003 as the first serious challenger to Viagra®, which had previously dominated the male impotency market since its release in 1998.

It was granted FDA approval for use in the US in late 2003 and is rapidly capturing a large share of the male impotence drug market.

It was developed in a joint venture between pharmaceutical company Eli Lilly and biotech specialist ICOS.

The drug is similar to Viagra and Levitra®, in a class of medications known as PDE-5 inhibitors, which help relax the smooth muscles and blood vessels in the penis, resulting in a natural erection.

Initial clinical trials report that Cialis can start working in as little as 16 minutes and can last up to 36 hours, although a number of men who have used the drug say it has continued to work effectively for up to 72 hours. Hence the term "super Viagra"!

Take a look at Cialis vs Viagra here

Unlike other oral medications for impotence, Cialis is not affected by alcohol or food.

Cialis improved erections in 81% of men who had previously experienced impotence, with 75% of intercourse attempts successful.

One of the biggest frustrations for men who experience impotence is that their sexual activity has to be planned around their medication.

According to Dr. Michael Gillman, from Brisbane's Health Institute for Men (Australia):

"The broader window of opportunity presented by Cialis represents a significant advancement in the treatment of impotence".

"What the benefits of Cialis mean for patients is that they can enjoy their favorite meal with alcohol, and still be confident that they can respond to their partner later that evening or even the following day if the mood is right".

He went on to say:

"Many couples will find that when Cialis returns the physical functions required for successful intercourse, it will have a positive benefit on the emotional aspects of the relationship,
such as allowing spontaneity back into their sex lives".

Because Cialis can remain in your system for up to 36 hours, or even longer, we suggest you consider experimenting with different times to decide when it works most effectively for you. Need we say more?

If you are taking medication that contains nitrates (including nitroglycerin) you MUST NOT take Cialis.

Nitrates are contained in medicines used for the treatment of angina (chest pain) and other heart conditions.

Cialis should not be taken if you have any of the following health problems:

Cialis is only available on prescription, so you must tell your doctor if you have experienced any of the following medical conditions:

Cialis does not offer protection against sexually transmitted diseases, including HIV, nor does it act as a contraceptive. Protective measures should be taken to guard against these possibilities.

Cialis is not intended for use by women, children or men who don't have an existing impotence problem.

It is not advisable to take Cialis in conjunction with any other impotence treatment.

You must not take Cialis if you use amyl nitrate (these are often referred to as "poppers", "amyl" or "rush").

Possible Side Effects with Cialis

The side effects reported by men who have taken Cialis are minimal, and usually disappear within a few hours. During clinical trials, 1.7% of men stopped taking Cialis due to its side effects. As a comparison, 1.1% of men taking a placebo (a substitute sugar pill) during the trials also ceased taking their medication because of the side effects they experienced.

You may experience facial flushing, headache, back pain or nasal congestion. If any of these symptoms persist, or if you are concerned, consult your doctor.

If you experience an erection that lasts longer than two to three hours (this is called priapism), or if your erection becomes painful, seek medical help immediately.

In the event you experience severe chest pain, or an irregular or racing heartbeat after taking Cialis, cease sexual activity immediately and contact your doctor.

Most medications, including brand and generic versions, are available for purchase online.  There are some good sources that we have received positive feedback about.

Some offer free consultations, great discounts and licensed pharmacists and physicians. They have many options as far as ordering and you can choose from a wide selection of ED medications.