Can Antidepressants Cause ED? 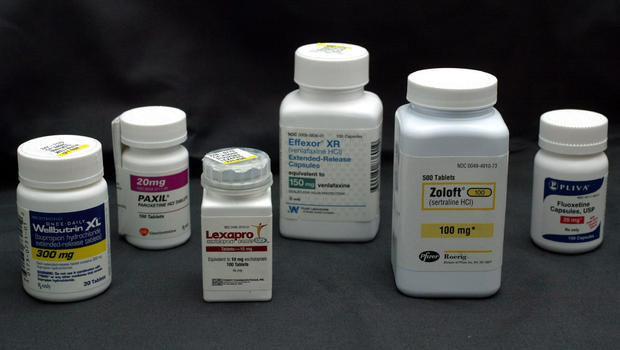 Antidepressants are associated with erectile dysfunction. But according to a recent study, some of the medications are more likely to cause ED than others.

Here’s what you should know if you suffer from ED and depression.

What Do The Studies Show?

One statement from the researchers seems to say it all. “Different classes of antidepressants vary in their ability to cause sexual side effects.”

There are many different classes of antidepressants on today’s market. The most commonly prescribed class, for about the last two decades, is the SSRI class.

Selective serotonin reuptake inhibitors, better known by the abbreviation SSRI, work to relieve or reduce depression by preventing the breakdown of serotonin, a neurotransmitter responsible for regulating mood, appetite and other bodily functions.

Drugs in the SSRI class include Celexa, Lexapro, Prozac, Paxil, Zoloft and many others. According to the latest study, these drugs can cause erectile dysfunction. The conclusion was based on a number of other studies conducted over the years. Many men who participated in the studies suffered from erectile dysfunction only after they began taking the SSRIs. Although ED can sometimes be a symptom of untreated depression, these men had not previously suffered from any kind of sexual dysfunction.

In addition to SSRIs, researchers also found that the antidepressant class known as serotonin norepinephrine reuptake inhibitors (SNRIs) may also cause erectile dysfunction. SNRIs have the same effect on serotonin as SSRIs and also interfere with the breakdown of norepinephrine, another neurotransmitter believed to be involved in mood regulation. Brand names included in the SNRI category include Effexor and Cymbalta.

Past studies have shown that Viagra, a medication that promotes blood flow to the penis, is helpful for ED caused by SSRI treatment. Viagra could also work for SNRI-caused erectile dysfunction, although there have been no studies to confirm that. Viagra is safe for men who are generally in good health but there are some potential risks and side effects.

You can learn more about those on other pages of this website. Although Viagra may be helpful, it does seem to make sense to try a different antidepressant. There are plenty of others to choose from.

One example is bupropion, the generic name for Wellbutrin. It does not cause ED or sexual dysfunction of any kind. Neither does it cause weight gain, another common SSRI side effect. Bupropion provides depression relief by acting on a variety of neurotransmitter systems. It even helps to reduce nicotine cravings and is sometimes prescribed as a stop smoking aid.

A number of other antidepressant drugs were mentioned in the study. They may be less popular than SSRIs but they do present treatment options for men with existing erectile dysfunction and for depressed men who are concerned that treatment will cause ED.

The Bottom Line on Antidepressants and Impotence

People often stop taking antidepressants because of problems with sexual dysfunction and that’s not necessarily a good thing. Stopping antidepressants suddenly can lead to other problems, including increased feelings of depression and suicidal thoughts.

If you are concerned that your antidepressant medications are causing your ED, talk to your doctor about trying a different medication or possibly trying Viagra.

Viagra is considered an “on-demand” medication. It is not a drug that you have to take on a daily basis. You can take it occasionally when the mood is right. Whatever you decide to do, don’t give up. Too many men suffer in silence. Don’t be one of them. There are effective solutions for ED and depression.