Is Ginseng an Effective Impotence Solution? 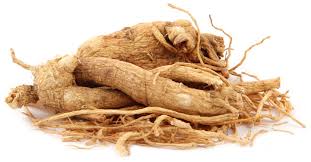 Erectile dysfunction (ED) is a very common problem plaguing many men as they age. Occasional difficulty getting or maintaining an erection can be the result of fatigue, overuse of alcohol or temporary stress. However, if problems with ED persist, treatment may be required.

Many men look for ways to overcome the problems associated with ED without resorting to common medical treatments that include drugs like Viagra or surgical penile implants. In many cases, ED can be treated naturally, using supplements and lifestyle changes.

Before beginning any treatments for ED, ensure you're living a healthy life. Avoid drinking too much alcohol, particularly if you're planning to have sex later in the day.

If you smoke, stop, as smoking impedes circulation and may contribute to the lack of blood flow to the penis. Get regular exercise to relieve stress and ensure you're getting enough sleep. Lose weight if needed.

Along with lifestyle changes, it is often beneficial to use supplements that can help improve sexual function. One supplement that has shown great promise in treating ED is ginseng.

Ginseng is a perennial herb. There are two primary types, including American ginseng and Asian or Korean ginseng, often referred to as "panax ginseng". The Asian variety is more potent than the American herb. It is often expensive, since the plant grows for five years before the first harvest.

Ginseng has many benefits. It is widely regarded as a beneficial herb for improving the immune system, and for shortening the length of colds and other viruses in adults. It also acts as a blood thinner, and may help keep blood sugar levels stable.

In recent years, however, studies have also shown that ginseng has benefits in treating ED. One study reported by New York University tested the benefits of Korean red ginseng in 45 men with ED. Some participants in the study were given 900 mg of ginseng three times a day for eight weeks, while others were given a placebo.

The results showed that the men taking ginseng saw significantly increased sexual function compared to the placebo group. Research suggests that ginseng's effects last only as long as the supplement is used regularly.

American ginseng has also shown promise in treating ED. It is milder than Asian ginseng, which can sometimes cause more side effects because of its strength. Ginseng is a nervous system stimulant; so common adverse reactions include nervousness and insomnia. For those who experience these effects, switching to the American variety may provide the ED treatment desired without any side issues.

Ginseng, in both forms, can also increase libido in both men and women. When psychological issues like stress and anxiety are partly to blame for impotence, ginseng's aphrodisiac effect may also help to increase arousal and cause better erections.

So is it worth a try?

Ginseng may not be the cure for ED for every man. However, this all natural supplement offers several health benefits, including the potential to treat impotence without resorting to drugs or surgery.  It's become one of the more popular natural impotence treatments.

So in that regard, it's certainly worth a shot as long as you discuss it with your doctor.  You can enhance ginseng's ability to help by making a few lifestyle changes at the same time, as mentioned above.  Eliminating the things that might be causing the problem as well as taking a natural supplement that has shown some positive results might just be the answer for you.

Have you tried ginseng for impotence?  Let us know about it so we can share your results (anonymously of course) with our visitors.