Can Impotence Affect Younger Men Too? 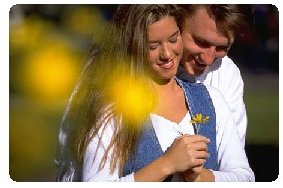 Male impotence (or erectile dysfunction) is a common condition regardless of one’s age or degree of sexual activity with an estimated 150 million men worldwide suffering from the negative psychological effects.

Erectile dysfunction is caused by a lack of blood distribution in the corpus cavernosum, two cylinder-shaped sacks in the penis used to capture blood during an erection. Men often suffer in silence because they do not realize the causes are sometimes easily treatable either through mental exercises or lifestyle changes. The embarrassment of not being able to satisfy your sexual partner due to an inability to gain or maintain an erection shames many men from seeking treatment, which leads to the breakdown of relationships.

The fear of impregnating your partner is also common. Depression and exhaustion are the two other leading psychological causes of male impotence among younger men. It is uncommon yet not impossible for physical symptoms to be the cause of erectile dysfunction, but these should be checked out by a medical professional after determining psychological effects are the not the cause. In some cases of young male impotence, there is a greater chance of heart disease.

These problems should be treated by speaking with your sexual partner rather than tackled individually. Support and understanding are the best ways to deal with mental blocks. Many medical treatment centers are also helpful for younger males because they offer a variety of options including psychotherapy, sex therapy, hormone replacement therapy (generally for older males who naturally lose testosterone overtime), and couples counselling.

For older men in their 30s, some physical causes can start to appear and affect a man’s ability to gain an erection. This includes the natural deterioration or narrowing of the arteries in the penile area, which prevents blood from effectively pooling and enlarging the penis.

While more common with men beyond 50 years of age, smoking frequently or using marijuana can cause the blood vessels of the penis to deteriorate faster. The same can be said of alcohol abuse as well as men who are overweight (or more specifically, a diet high in fats, sugars, and cholesterol). In these cases, a lifestyle change is necessary to prevent further damage to the penis. Quitting smoking and alcohol consumption combined with routine exercise has been shown to reduce male impotence.

Less common physical causes include side effects from certain prescription drugs, surgery near the abdominal area, and some diseases that affect the nervous system. A doctor should be consulted about these less common conditions.

While there are a plethora of prescription drugs available to help males gain an erection, they’re generally not recommended for prolonged use due to a large number of side effects. These include headaches, nosebleeds, blurred vision, sudden dizziness, indigestion, and heart palpitations. If you’re taking other medications, the strong chemicals in male enhancement products can interfere with them and cause adverse effects.

Some effective options for male impotence are mechanical aids like vacuum pumps and vibrators or relationship counselling and sexual therapy. These options are less intrusive than prescription medications and can often determine where your erectile dysfunction is psychological or physical. This is especially true for a sexual therapist who has years of experience in male impotence and can help you pinpoint the lifestyle changes needed in your life.

Impotence can affect anyone at any age, but the causes of erectile dysfunction in your teens, twenties and usually thirties is typically due to less serious issues and can be treated more easily and effectively.  It's just a matter of finding out what the cause is and taking the steps to fix the problem.