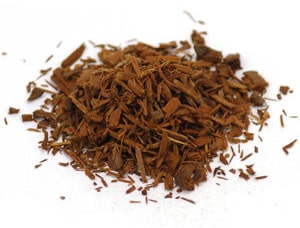 If you're considering the more natural route for erectile dysfunction then Yohimbine (Yohimbe extract) may just be the choice for you. It has been traditionally used in central parts of Africa for generations and people have come to realize that it has some potential for combating and treating impotence.

Yohimbine is an alkaloid. It is an extract from the bark of a small tropical evergreen tree called Yohimbe found in central Africa. It is also found in a shrub called Indian Snakeroot. It appears to have other medicinal properties other than being used for ED.

Yohimbine is also sold as a prescription drug in the United States. As a prescription drug, it is known as Yohimbine Hydrochloride and is sold under the brand names Erex, Yohimbe, Yocon, Testomar and others. It is also available as an over the counter medication in the form of an herbal extract in various forms.

How Yohimbe Extract Works For ED

Researchers are still not clear exactly how Yohimbine works. It is believed that it helps to release certain chemicals in the body and these chemicals arouse sexual interest. It thus helps to increase sex drive and acts more like an aphrodisiac. However, the increase in libido is not that significant.

It could also help in alleviating the symptoms of erectile dysfunction by increasing the flow of blood to the genital region. Yohimbine is also known to improve nerve response to sexual stimuli. It can be used by men and women.

However, pregnant women and children should not use it. For men with erectile dysfunction a daily dose of 30mg is recommended. Higher doses may cause serious side effects.

Yohimbine as an herbal extract and as a prescription medication

Since Yohimbine is an herbal extract and since it is available as a prescription drug as well, it is natural to ask about the efficacy of both. The herbal extract is believed to be more potent as it is in its natural form, and it is one of the more popular natural ED treatments. However, it is also more dangerous as the side effects could be more pronounced.

Yohimbine Hydrochloride has less severe side effects. It has been tested by researchers and has been found to have some effect on erectile dysfunction. However, it's important to note that all prescription meds have some side effects to contend with.

How does it compare with other ED drugs and therapies?

In its natural state, i.e. not its chemically altered prescription version, it has some benefits over regular ED drugs. Firstly, its chemical composition is known and it is widely available naturally. It has been used for generations and hence there is enough evidence of its efficacy.

It can be taken orally and therefore it is easy to use. It has other medical benefits other than erectile dysfunction. This can be a great advantage. Even women can use it.

However, there are certain drawbacks. It appears to have severe side effects even in younger men. It can put the heart under enormous strain and even a heart attack is possible. The benefits for erectile dysfunction are believed to be moderate. It may not be as effective as say Viagra or Staxyn.

Another major drawback is that it takes several days before one begins to notice any change in erectile dysfunction. It is not a fast acting drug.

Potential side effects and warnings

The side effects of Yohimbine are many and varied. Hence, it is necessary to exercise caution in its use. A rapidly beating heart is the most common side effect. Some people may experience an elevated blood pressure while some men may appear dizzy due to a decrease in blood pressure. The dose of this drug is very important. Very high doses can even cause a heart attack. Nausea and vomiting is also known to occur in some cases.

People with liver disease, diabetes, kidney problems, angina, high or low blood pressure and mental disorders should not use Yohimbine. Taking Yohimbine with other ED drugs could cause some very serious side effects.

Yohimbine has its uses in the herbal extract form. The safety factor is not very high. If the use of the prescription form, Yohimbine Hydrochloride, is supervised by a healthcare professional, it may be safe and beneficial. Talk to your doctor and decide if its the right option for you.