Erectile Dysfunction Drugs Can Be Helpful For Sufferers 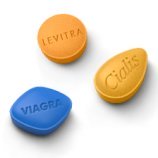 Erectile dysfunction drugs such as Viagra, Cialis and Levitra have helped millions of impotence sufferers.

It’s not a comfortable subject for anyone to discuss, but ED has actually become such a common condition that an entire set of medications is now available.

These pills afford men a much easier and less invasive method for treating ED, which has helped open the door for many who would previously hesitate to seek treatment.

Erectile dysfunction, generally defined as an inability to sustain an erection strong enough to allow for sexual penetration, is caused by lack of proper blood flow or disturbance in neural transmissions to the penis.

Erectile dysfunction medication can both restore blood flow and allow for proper functioning of the nervous system. The first step in any treatment for ED is to see your doctor and have a thorough physical exam. Once the underlying cause is determined, a proper course of treatment can begin.

Introduced in 1998 as a treatment for chest pain, Viagra was found to have extraordinary benefits in alleviating ED. By relaxing the smooth muscle cells, Viagra consequently increased blood flow by widening blood vessels in the penis.

With the discovery of Viagra’s ability to treat ED, the door was opened for the development of a range of erectile dysfunction drugs. Called PDE inhibitors, these drugs provided men with a whole new way of approaching ED, making it much easier for them to broach the subject with their doctors. Subsequently, a marked increase in diagnosed cases of ED has erupted in the decade since Viagra’s introduction.

Following on the heels of Viagra came Cialis and Levitra, PDE inhibitors which have the benefit of being able to be taken in smaller, more manageable doses. While Viagra is usually taken in 50 mg doses, Levitra can be taken in doses as small as 10 mgs.

The use of a smaller does of erectile dysfunction medication can help curb potential side effects such as headaches and nausea. Levitra also tends to work more quickly, taking effect in about 25-30 minutes, compared to an hour for Viagra. Cialis will generally last longer than the others, up to 24-36 hours, as compared to 4-6 for Viagra.

No matter which of the erectile dysfunction drugs you choose to take, the overall effect will be the same. Increased blood flow to the penis will allow for safe, natural erection in response to sexual stimulation and erection will also subside naturally as sexual stimulation decreases, prevent any embarrassing side effects.

And with the effects of the drugs lasting for several hours, you have the ability to proceed at a normal pace, allowing you and your partner to breathe easier and not feel stressed.

As with any drugs, erectile dysfunction medication should only be taken with a doctor’s recommendation and it is crucial that you inform your doctor of any other medications you may be taking as some serious interactions are possible, and there are always potential side effects.

Anyone taking nitrates such as nitroglycerin for heart disease should not take PDE inhibitors at all, as mixing the drugs can have deadly consequences. It may also be unadvisable to take PDE inhibitors if you have certain underlying medical conditions, which is why it is crucial that you discuss your course of treatment with your doctor.

Even if you do decide that erectile dysfunction drugs are right for you, you’ll also want to consider some simple lifestyle changes which can also help improve sexual function. Proper diet and plenty of exercise can have a beneficial effect on every aspect of your health, including sexual health.

Cutting back on drinking and smoking can also make a big difference as both can have a drastic effect on your circulatory system. Simply put, the better you feel the better you’ll function.

ED is a fact of life for many men, but it doesn’t have to be the end of the world. With a range of treatments available, including PDE inhibitors, there is no reason why you should have to continue living with the effects of ED. Talk to your doctor today and get yourself on the road to good health – it’s easier than you think.