My Husband Is Impotent..What Can I Do To Help Him? 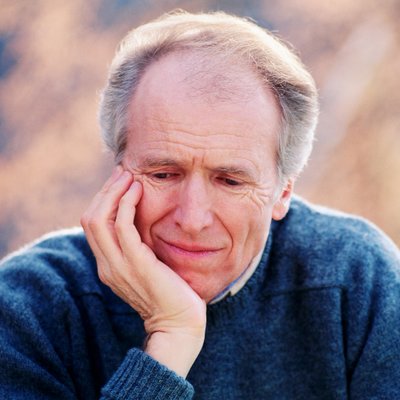 Having a husband or partner who is impotent can be distressing for anyone and can cause serious strain on a relationship. In some cases a wife or girlfriend may blame herself for the condition, assuming that if she was attractive enough or sexually desirable to her husband or partner then he wouldn’t struggle with impotency.

However, in most cases impotency or erectile dysfunction (ED) is the result of a physical problem or an emotional concern on the part of the man. If your husband is impotent, consider some things you might do and what you might avoid.

We cover a lot of issues regarding women and impotence on this site, so there's plenty of helpful information for you.

One thing you can do if your partner struggles with ED is to understand some common causes of the condition so you don’t blame yourself or make incorrect assumptions about the condition. In most cases ED is caused by poor blood circulation to the penis. For a man to achieve and sustain an erection, he needs to become sexually aroused and the body in turn will engorge the penis with blood so that it becomes erect.

When a man has poor blood circulation due to high blood pressure or another heart or circulatory condition, because of having diabetes, or because of medications he’s taking, he may experience ED.

If your husband is impotent and he has any of these conditions, it’s good to realize that this is probably the culprit. He may also be experiencing ED because of injury to the blood vessels surrounding the penis or because of radiation treatment for prostate cancer.

In other cases erectile dysfunction may be caused by mental or emotional issues but this typically includes stress, anxiety, post traumatic stress disorder, or having been the victim of sexual violence.

If you have an impotent husband it’s good to avoid getting angry or upset or blaming him or yourself. When a man is feeling anxiety or stress that is causing his ED, getting angry at him usually makes the situation worse.

You might speak with him about potential causes, for example, if he’s recently been diagnosed as being diabetic, mention that this often causes ED.

If he’s recently begun taking a new medication, such as an antidepressant, note that his ED may be a side effect. When a man understands that there are common physical causes of ED, he may be more likely to see a doctor for an examination rather than simply blaming himself or feeling embarrassed or ashamed.

It might also be good to note that there are very discreet and simple solutions to many causes. Medications like Viagra and Cialis can be used before sexual activity to help a man achieve and sustain an erection. Surgical intervention can also restore healthy sexual response.

While you cannot force a man to see a doctor to address his erectile dysfunction, being supportive if your husband is impotent can encourage him to address the situation as the physical problem that it is. Just as he would see a doctor for high blood pressure or ulcers, there is no shame in seeing a doctor for impotency.

Tell yourself this:  my husband is impotent but we're going to find a solution.  Being positive and supportive is the best way to go about dealing with the situation.